Threats to the Bog

Bogs are fragile environments, vulnerable to changes brought about through both natural occurrences and human interference. Humans have often considered bogs as wasteland, places to be drained or filled.

On Wednesday, July 17, 1919, a bush fire was spread by strong winds and burned 500 acres before being controlled by the Point Grey fire brigade. The entire Camosun Bog area was burned over, from 19th Ave to 29th Ave and from Wallace St to Imperial Rd. Only one house was destroyed by the blaze due to the valiant efforts of the firemen. All trees in Camosun Bog date from 1919. 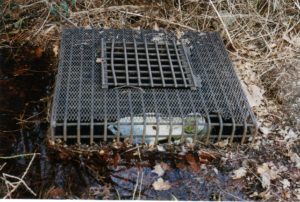 In 1929, as part of housing construction, a drain was installed at the southeast corner of the bog at King Edward Ave and Crown St. This has caused water to drain out of the bog, leading to low water levels during the period of low rainfall in the summer.

The Sphagnum moss could no longer keep out its competitors. Roots of hemlock seedlings no longer drowned as they grew into the bog. Once the forest species, hemlock and salal, became established, they quickly shaded out the bog plants. There are still numerous areas where Sphagnum and bog plants remain, but they are being gradually lost to the encroaching forest. Another drain was installed at 19th and Camosun around 1960. Water only flows into this drain a few days each year after a heavy rainstorm. 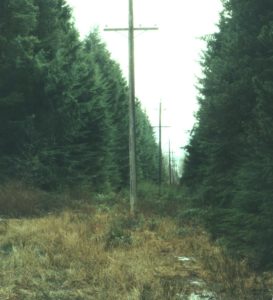 In 1960, BC Hydro put a power line to UBC through the middle of the bog. The right of way was cleared of all trees and this has led to good bog habitat in this area, as it is open to sunlight. However the pine trees adjacent to the power line are considered a threat to the power line and Hydro have removed a number of these trees after consultation with Parks staff and CBRG representatives. This will be a continuing problem, as the pine trees become more diseased due to old age.

In 1972, large amounts of fill from the excavation of the Sedgewick Library at UBC were dumped on the west side of the bog. Indeed, but for the intervention of Dr. Bert Brink and other concerned members of the UBC faculty, the entire bog would have been lost. This fill may be causing nutrients to leach in to the edge of the bog and this may be resulting in still more loss of bog habitat.

Increasing levels of CO2 in the environment appear to be causing global warming. Rainfall in the bog varies extensively from year to year. However we have noticed that rainfall in the spring and summer has been decreasing in the last few years and this may be due to global warming. The low water levels that this causes in the summer may threaten the long-term stability of the bog.