The wet, open, nutrient poor soil of a bog creates growing conditions similar to those in the Arctic. Several plants, normally found in the north, thrive in local bogs. Many bog plants have evolved special strategies to survive.
A complete list of all plants, animals, birds and fungi found in the bog are given in the section in the drop-down menus.

Here are the most dominant bog plant species found in Camosun Bog.

Sundews (Drosera rotundifolia) are small carnivorous plants which trap and digest small insects to provide nutrients. They have specialised leaves with hairs that have drops of sticky liquid at their ends. Insects stick to these and the plant then digests them. 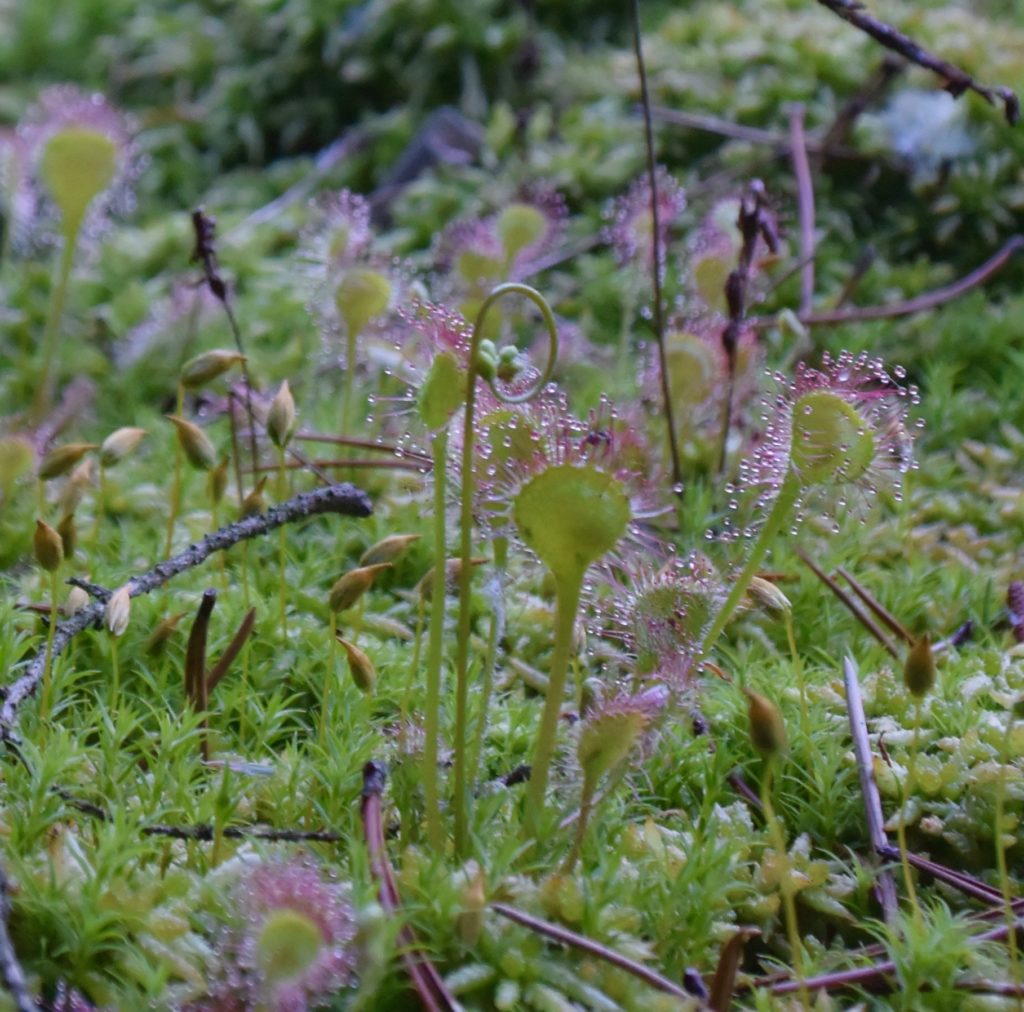 Cloudberry (Rubus chamaemorus) is a member of the rose family. It is an arctic plant occurring in northern Russia, Scandinavia and northern Canada. Camosun Bog and other bogs in the Lower Mainland are at its southern limit. It has both male and female flowers, although male ones are much more common. For the last few years several female plants in Camosun Bog have borne fruit. 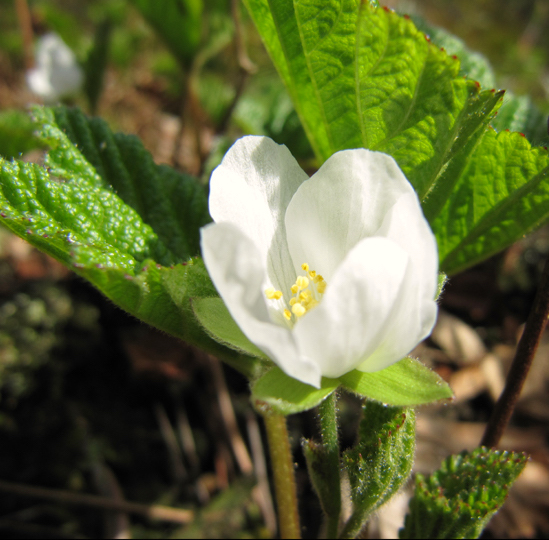 Labrador tea (Ledum groenlandicum) looks like a rhododendron and indeed it is:- it has an alternate technical name, Rhododendron groenlandicum The leaves can be brewed with water to make a refreshing drink. The underside of the leaves are brown and fuzzy. Because bog water is so acidic, plants absorb it very slowly. They need to hold on to this water, and the rolled leaves with fuzzy undersides help to minimise losses from evaporation. 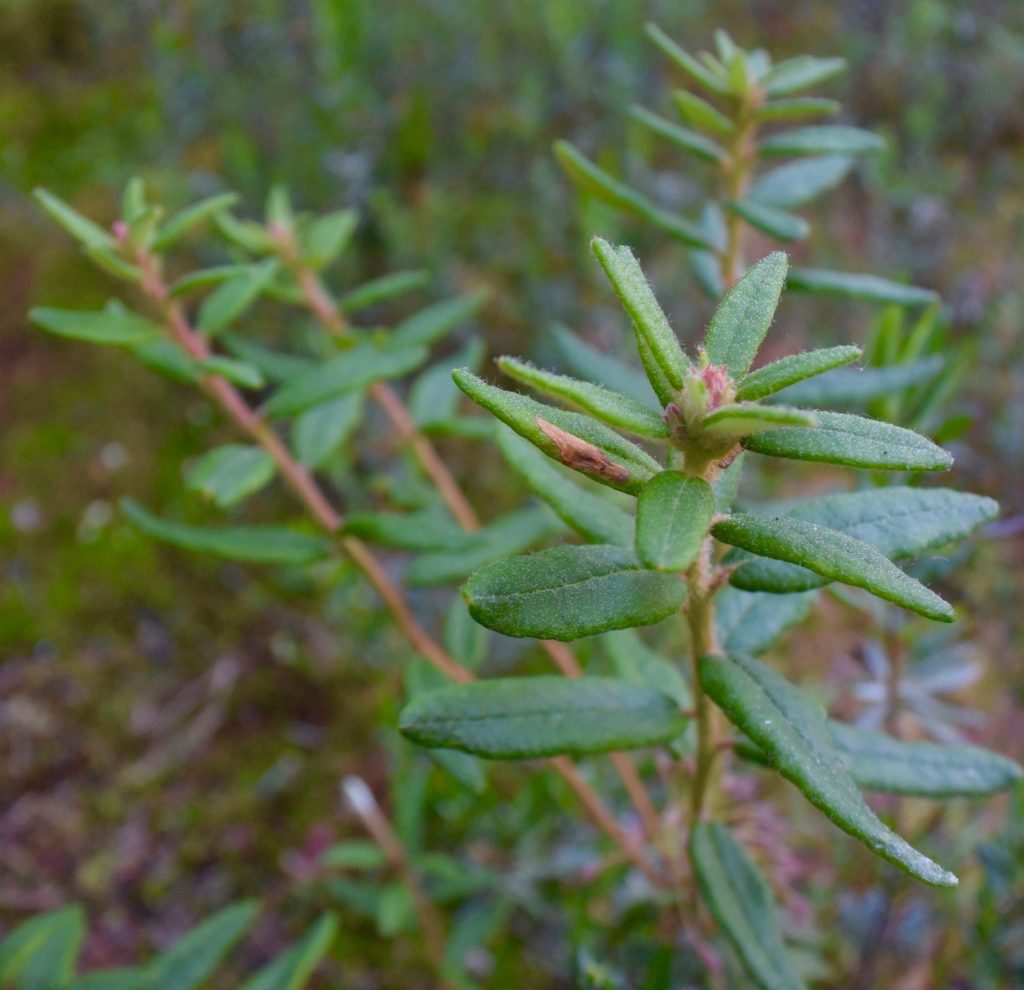 Don’t confuse bog laurel (Kalmia polifolia) with Laborador tea! Bog laurel has shiny leaves which are poisonous, while Labrador tea leaves are dull with fuzzy undersides. The stamens are attached to little pockets at the centres of the petals. They are under tension, and if an insect touches them on its way to drink nectar, the stamen may spring out and deposit a load of pollen on the insect, causing pollination when it visits another plant. 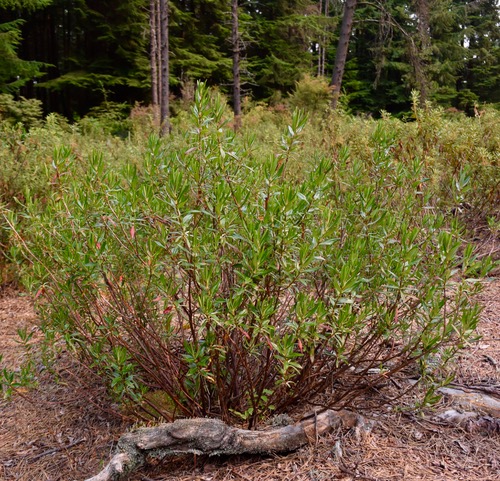 Bog cranberry (Vaccinium oxycoccus) is a tiny plant which nestles in the mounds of sphagnum moss and is hard to see. It has bright red berries in the fall which appear large relative to the size of the plant but are smaller than commercial cranberries. 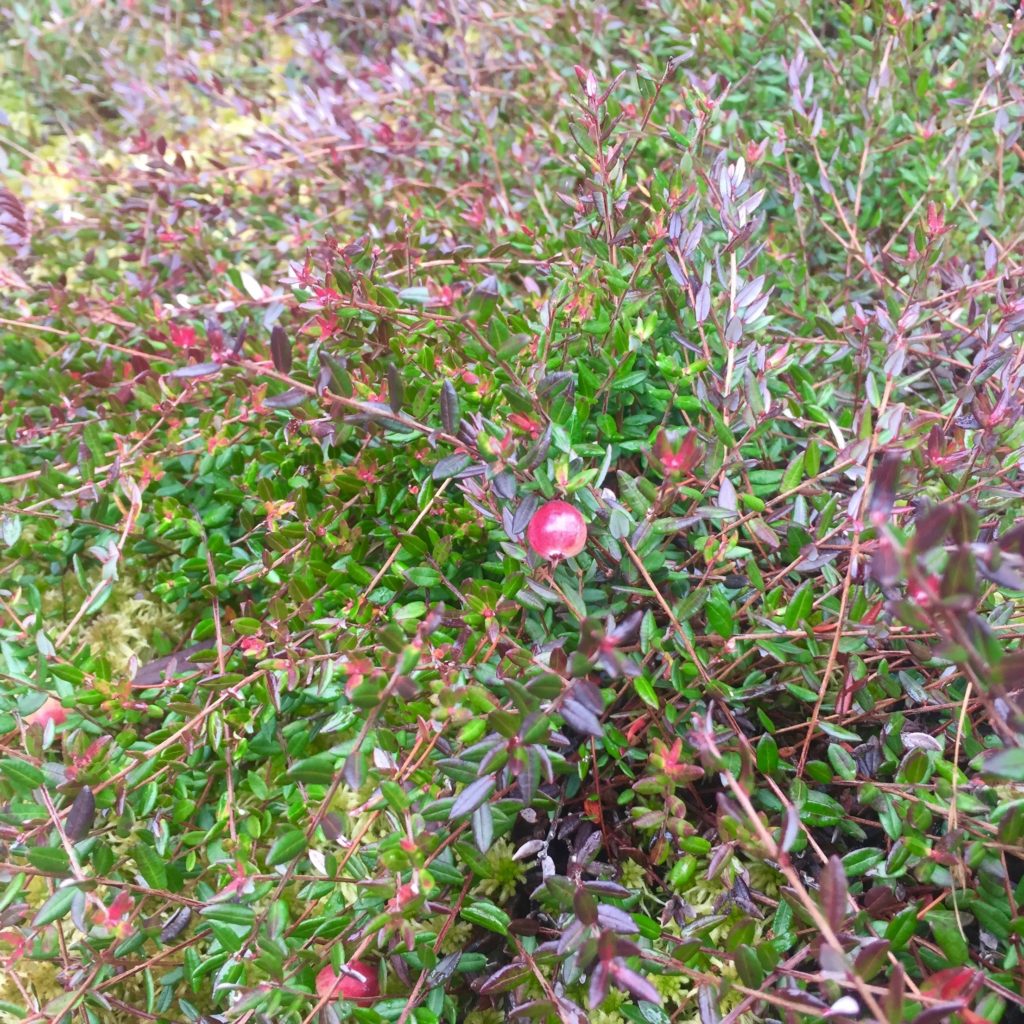 Pines (Pinus contorta) thrive by growing in habitats that other trees cannot tolerate. They are often found on rocky bluffs with very little soil, especially by the seashore. They are able to grow in bogs but generally quite slowly. Many of the older pines in Camosun Bog are diseased although a number of young trees are growing well. 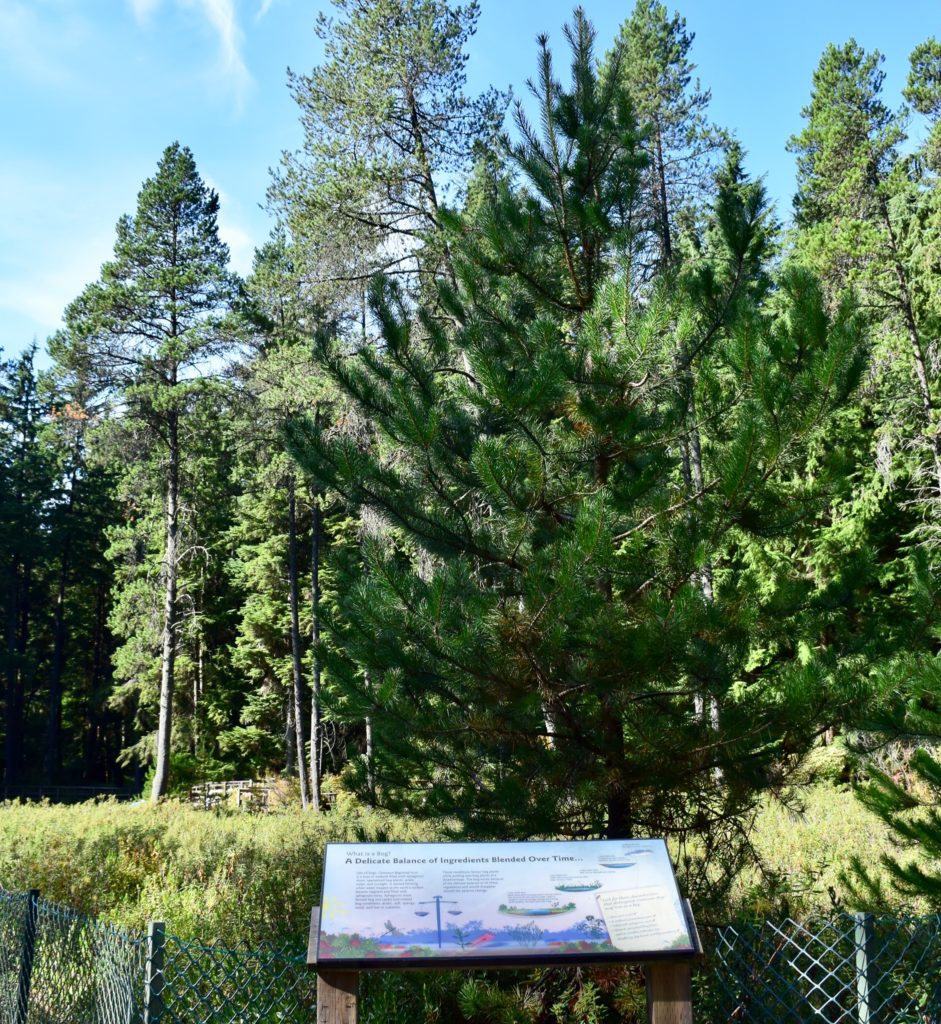