Formation of the Bog

A bog is an unusual place formed under very particular conditions. Camosun Bog’s history can be traced back ten thousand years. The glaciers that advanced over south-eastern British Columbia 25,000 years ago took over the landscape. They destroyed all living things that could not escape and brought the arctic winter to the south. For over 10,000 years a moving layer of ice over a kilometre deep scraped over the earth. When the ice receded about 12,000 years ago it left the land scoured clean.

Gradually life came back. It is here that our story begins with a small depression in the land formed by the weight of an enormous block of ice. The depression left after the ice receded filled with water and a lake was created. 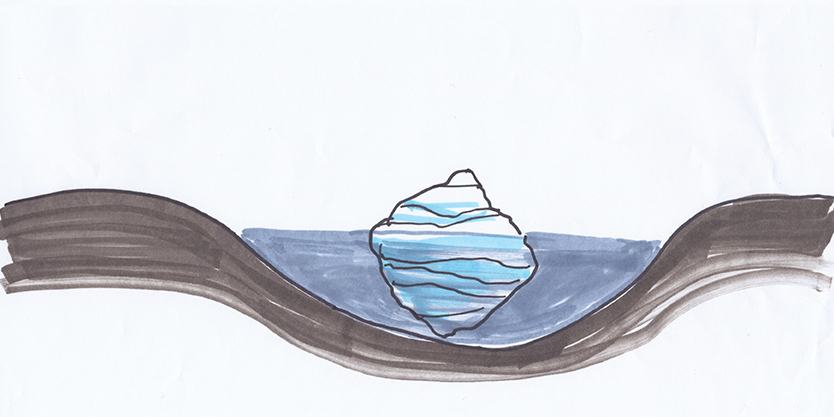 Along the shallow edges of this lake, sedges and cattails grew. Streams continued to feed the lake bringing in more sediment. Gradually the lake filled in, becoming shallow throughout, and plants were able to grow over the whole area. In place of a lake a swamp formed. This happened about 5,000 years ago. 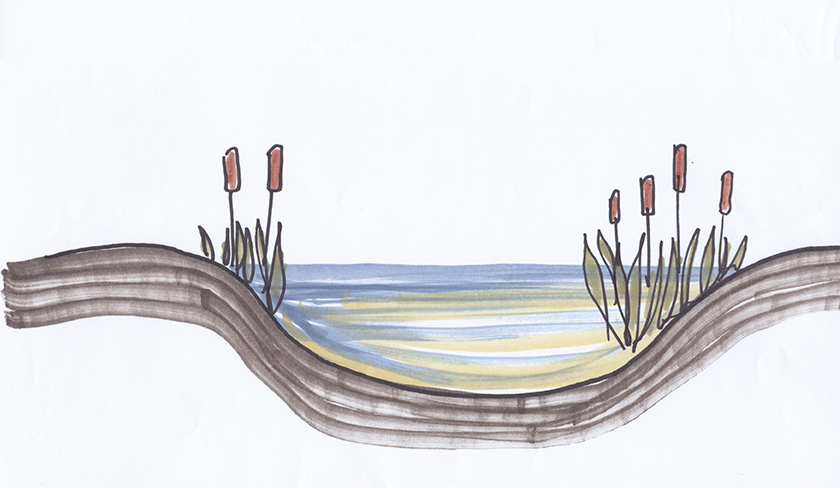 Between 5,000 and 2,000 years ago the area remained a swamp with fast-growing sedges and grasses. As these plants grew, the dead leaves and stalks fell into the water and eventually blocked the streams carrying in the fresh water and nutrients the swamp depended on. The oxygen in the water was used up in the process of rotting of the dead plants. 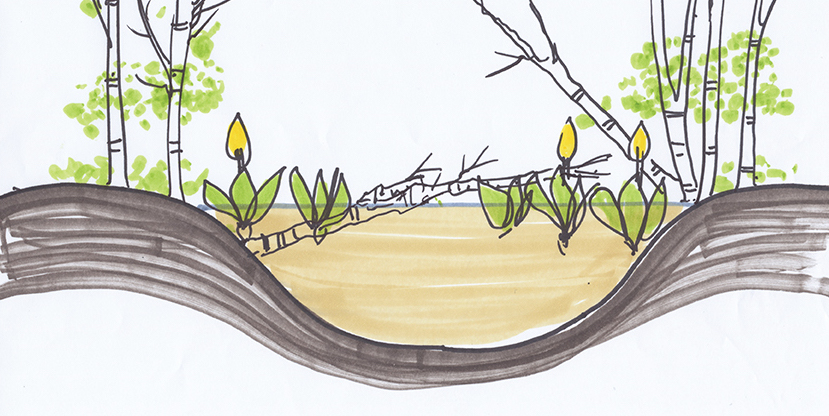 The standing water with low oxygen and no replenishment of its nutrients created conditions allowing the invasion of Sphagnum moss. For the last 2,000 years this Sphagnum has maintained the conditions of high water level and low nutrient and oxygen levels characteristic of a bog. Only in the last 90 years have things begun to change due to human interference. The Musqueam people have been living near Camosun Bog for over 3,500 years.

A combination of special conditions sustains a bog. These include a high water table, lots of sunlight, a nutrient-poor soil, and most importantly, Sphagnum moss.

A bog is an open place with lots of sunlight, but with a very acid soil, low oxygen and low nutrient contents. Most plants cannot grow in these conditions. However a number of specialized plants including sundew, Labrador tea, and cloudberry, have evolved to take advantage of these special conditions where they have little competition from normal forest plants. If conditions change, and bog plants are in competition with forest or marsh plants, then inevitably the bog plants die out. This is currently happening in Camosun Bog in areas that have not yet been restored.

The existence of the bog depends on one plant, Sphagnum moss. This thrives in soil of low oxygen content and with poor nutrient availability. Its stems are hollow and it holds large amounts of water, helping to keep the water table close to the surface. It does not rot easily and the dead shoots remain attached to the living plant forming a giant “sponge”. Thus the peat below the surface and the growing Sphagnum may form continuous structures which can be hundreds of years old. Sphagnum also acidifies water as it absorbs nutrients, and this makes decomposition still more difficult. Nutrients are locked up in the peat, which does not decompose, thus keeping the nutrient levels low. The only source of new nutrients is rainfall and this water is quite pure. 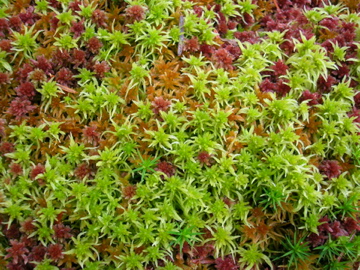 Water levels are close to the surface during the winter when there is a large amount of rain. Excess water flows through the surface layers of the bog and out at the drain located near King Edward Avenue at the southeast corner. 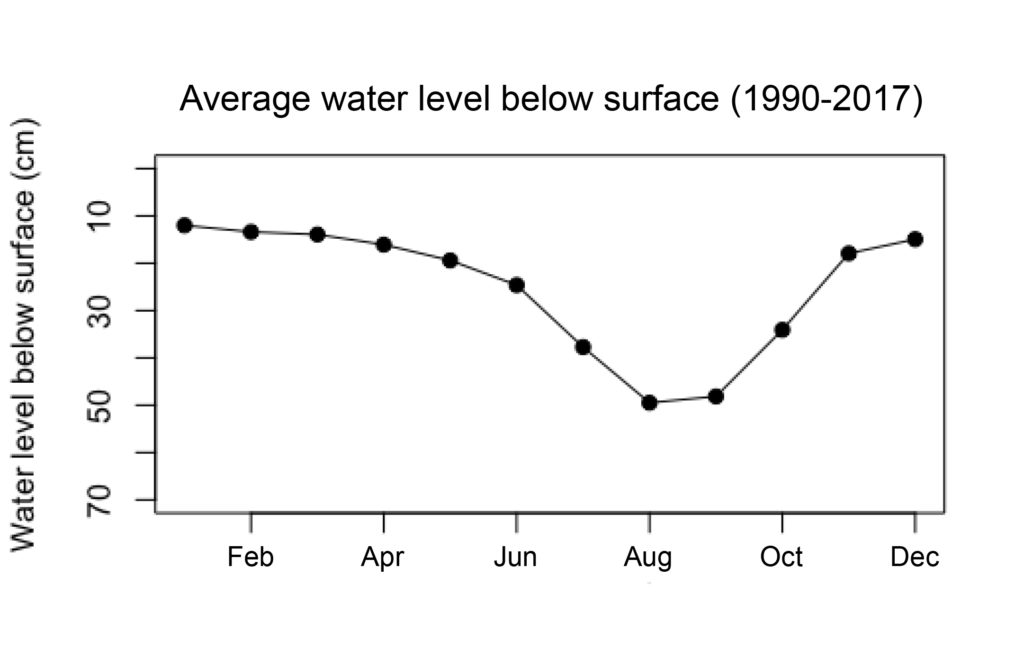 Starting normally in late April or early May, the rainfall decreases so that evaporation is greater than precipitation and the water level starts to drop. This continues through the summer, until September or early October when the fall rains start. The level then rapidly rises as the bog is filled. From November onwards the water levels are generally high and fairly constant.
The critical time in the bog is late summer when water levels are at their lowest. In the core area of the bog this may be 50 or 60 cm below the surface. On the periphery it may be much lower, as much as 100 cm below the surface.

xʷməθkʷəy̓əm (Musqueam) elders tell the history of the origin of the name Musqueam. A dangerous and feared two-headed serpent, sʔi:ɬqəy, lived in a shallow lake in the bog area. Like a serpent it would leave the lake and come down to the estuary near the Musqueam village. The winding trail left by sʔi:ɬqəy as it traveled became Musqueam Creek and the sacred plant, məθkʷəy̓, grew up along its course. This plant led to the people becoming known as the people of the river grass (xʷməθkʷəy̓əm or anglicized, Musqueam). xʷməm̓qʷe:m (Camosun Bog) has been a source of food, medicines, raw materials and trade commodities for the Musqueam people.