Camosun Bog is a rare and beautiful ecosystem nearly lost due to damaging human activity. Now, through constructive intervention, the Camosun Bog Restoration Group is working to repair and save it.

The basic problem in Camosun Bog has been the low water table in summer allowing non-bog species to smother out the bog vegetation. The very first job undertaken was to remove the worst of the invading species and this was followed by re-establishing bog habitat, especially Sphagnum moss. 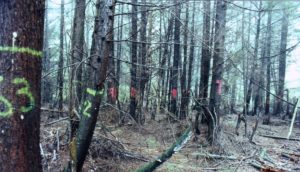 In the winter of 1990-91,  Nature Vancouver, in conjunction with Metro Vancouver Parks, sponsored a project to remove one hundred and fifty hemlock trees from the area to the south of the pond. This was done to reduce loss of water in the summer by transpiration from the trees, to remove a source of nutrients coming into the bog from the leaf litter, and to open up the bog surface to sunlight. The trees were removed during a period of hard frost using helicopters to minimize damage to the bog surface. 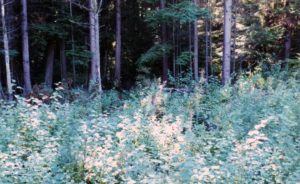 Removal of the hemlocks appeared to provide a competitive advantage to other species, especially birch, and these started to grow up in large numbers in the newly opened area. One of the initial restoration efforts of our group was to remove these birches. This was a major job as there were hundreds of trees and it proved necessary to take out most of the root system for each tree. 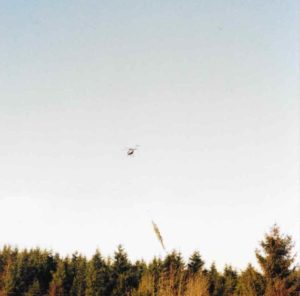 The method used to restore bog habitat has been to lower the ground level a small amount, around 10-15 cm, in order to effectively raise the summer water table. Removing this surface layer also eliminates most nutrients and seeds of invasive plants. Further, the exposed peat surface provides good conditions for the re-establishment of bog species.

Initial experiments were carried out starting in 1992 in which “boglets” were made by digging small holes in the surface of the bog. These were planted with a small plug of Sphagnum moss taken from the powerline. Over a period of years, these pits filled in with Sphagnum moss generating bog habitat. The photograph shows a boglet just after planting and a second one after 7 years.

In view of the success with boglets, a more extensive experiment was initiated in the summer of 1997 by CBRG. An area approximately 8 m by 10 m was cleared and anywhere between 20 and 60 cm of soil was removed from the surface, exposing the peat surface. The test bog was carefully monitored for the next few years. It was found that good growth of Sphagnum moss occurred at the lower levels although it took a number of years for it to be established at the very lowest levels. The upper levels initially formed good Sphagnum moss but after a number of years mounds of Polytrichum mosses developed.  Photographs show the area 3 years and 12 years after planting. 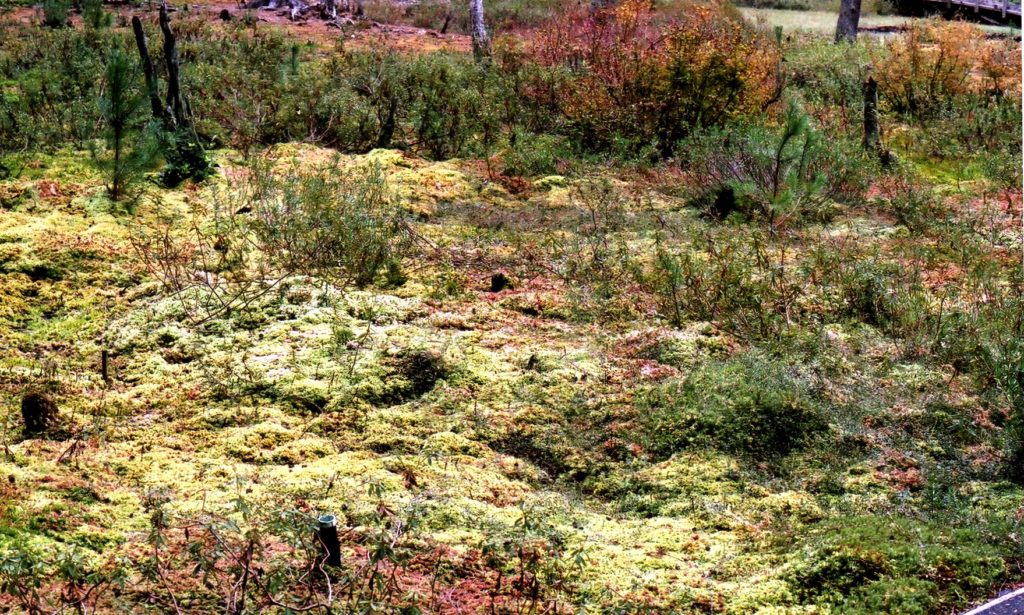 Having established the conditions necessary for good restoration, the Camosun Bog Restoration Group was now ready to start working on large large areas of the bog. We have been doing this progressively for the last 18 years and have now just about completed our work. We are restricted to areas that are essentially clear of trees and this has limited us to restoration of about one hectare of the original 15 hectare bog. 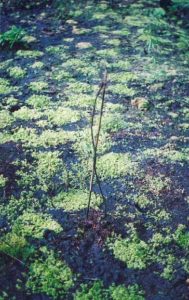 Areas containing no existing bog habitat were completely cleared and around 5 – 15 cm of soil was removed. Bog plants were planted on mounds, typically 5-10 cm higher than the rest of the area as it was found that these plants grew best when their root systems were not submerged for significant periods. The rest of the area was then planted with plugs of Sphagnum moss. 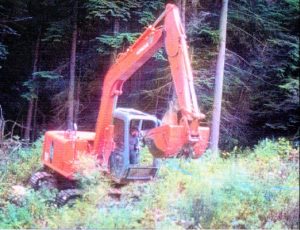 In one area containing no bog habitat, clearing was carried out using an excavator. This proved to be a very efficient way of removing vegetation since it took only 3 hours to clear an area of 250 square meters. This cleared area was then contoured by hand to give a number of little hills and valleys. The area was planted with Sphagnum in the lower areas and with bog plants, like Labrador tea and bog laurel, at the top of the mounds. This has been very successful and good bog habitat has been established.